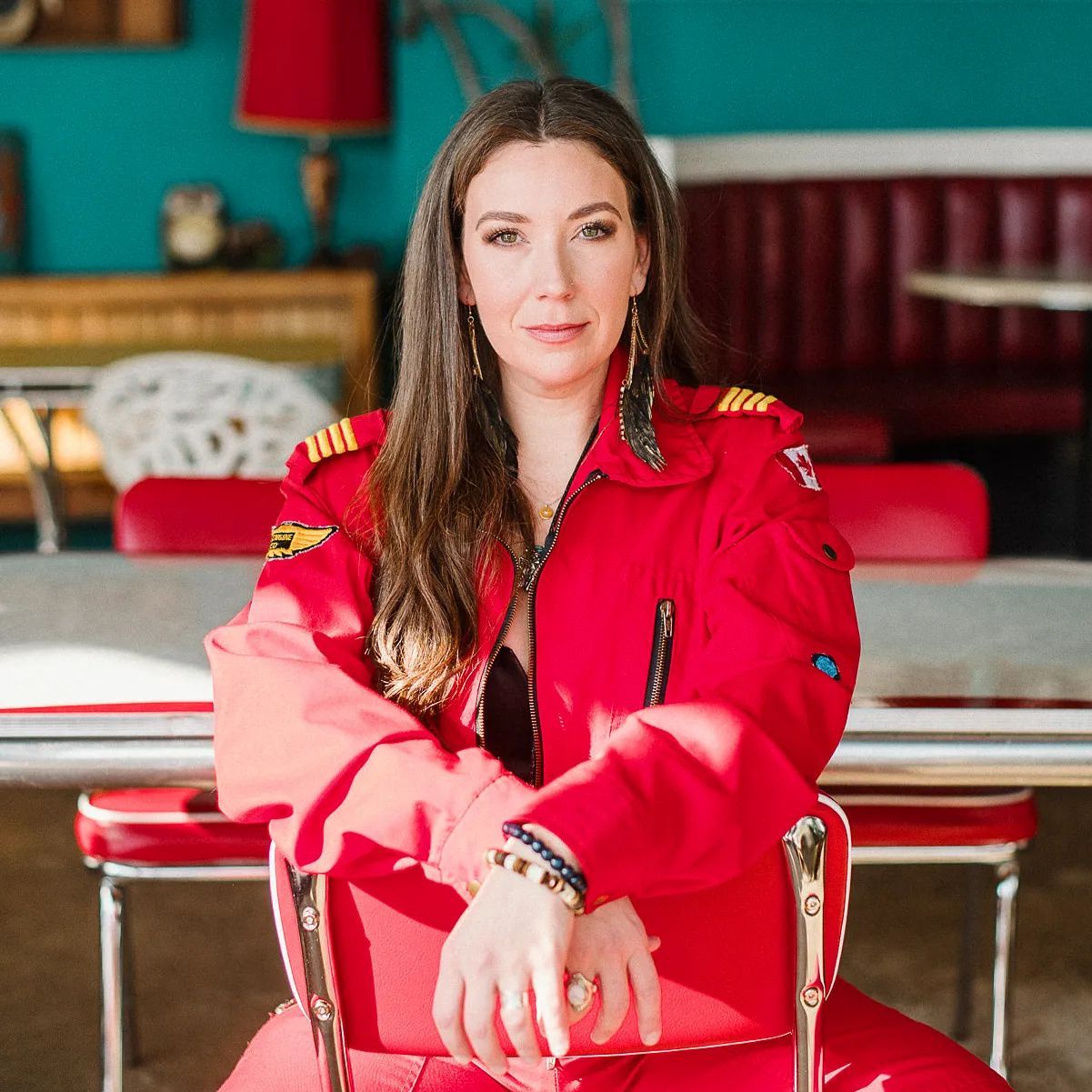 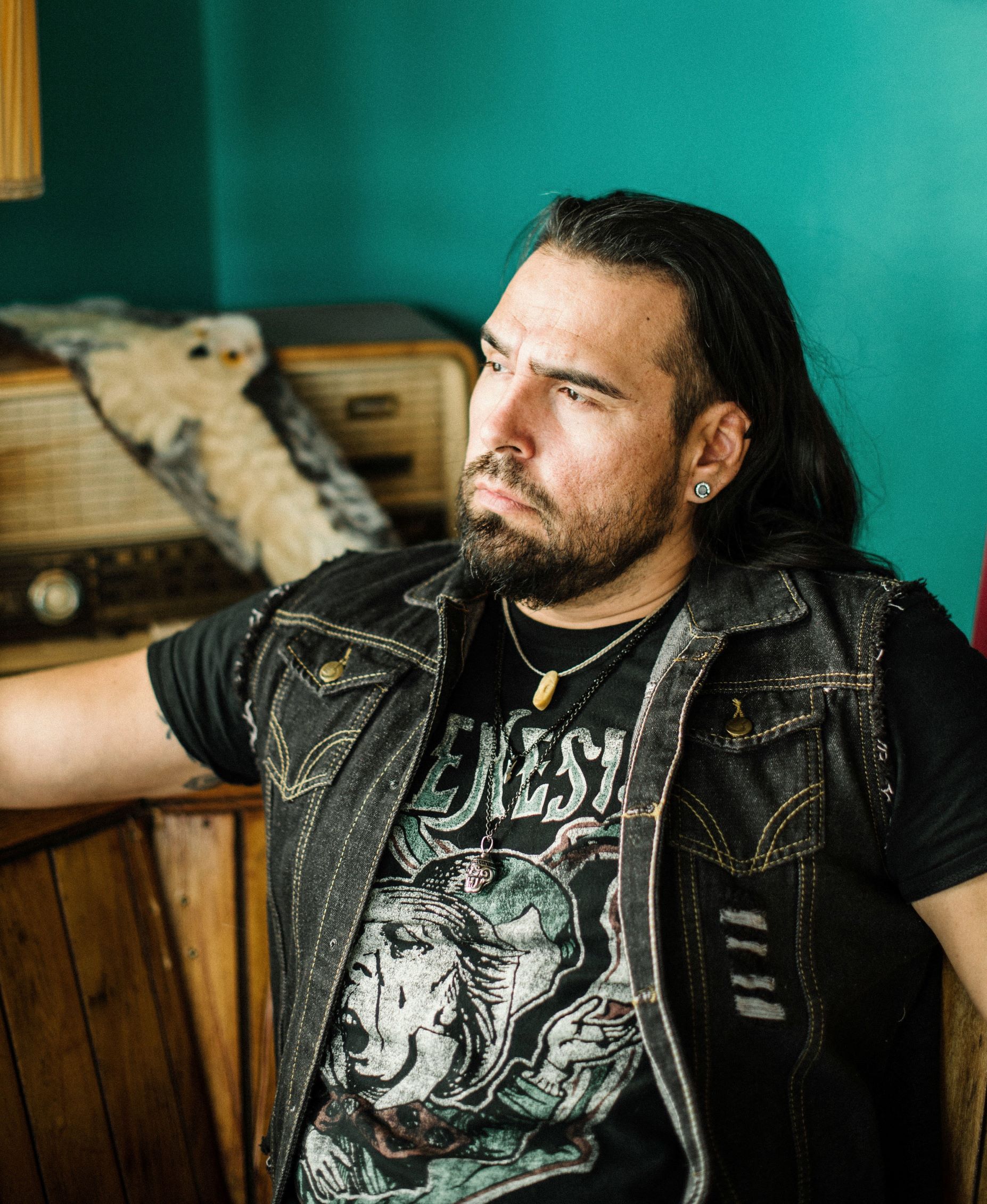 "When I go through difficult times in my life or feel down, I often write or pick up my guitar. I automatically feel better and that translates to my music. I hope that when people feel that way they can listen to my songs and know they are not alone. "

Jaaji is an Inuit name derived from the English name George. Jaaji grew up in a humble little community called Quaqtaq in Northern Nunavik where he was raised by his Grandparents with the Traditional ways of the Inuit. Many of his influence in songwriting depict life on the land. Jaaji spent his summers as a child with his biological father in Kahnawake, a reserve of the traditionally Iroquoian-speaking Mohawk nation on the south shore of the St. Lawrence River. He was raised in two different worlds and cultures. He is an advocate for language revitalization and preservation, passionate about including the Inuttitut language in his songs.

A former police officer in Canada's Arctic it was only in 2014 that Jaaji decided to commit to music full time and see where it would take him. With his first Album Nunaga he won Indigenous Album of the year at 2015 Indigenous music awards. Jaaji is the lead Male voice and songwriter for the Multi-award winning, chart-topping Indigenous folk artists Twin Flames. Jaaji is a Public Figure, Model and Aspiring Actor. He has been a part of many community wellness campaigns and continues to dedicate his time to raising awareness and making sure that people understand  Canada's past. He is a proud father and mentor. 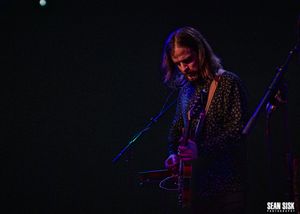 yboardist) is an accomplished songwriter, multi-instrumentalist, and recording artist, based out of Ottawa, Ontario. He is a founding member of the Indie-Rock quartet, High Waters, and has released 3 EPs, a full-length LP, and is currently in the creation phase of a second, full-length record with the group. He writes and performs with singer-songwriter Shaun Francisco, his old bandmate from the group Autumn’s Cannon, in addition to writing and performing his own solo material. Troy has toured extensively in both the US and Canada, performing at festivals alongside such luminaries as Tom Petty, The Zombies, Wintersleep, The National, Rural Alberta Advantage, Mudhoney, The War on Drugs, Sleepy Sun, Five Alarm Funk, Ohbijou, J Cole, and The Sheepdogs. In 2019 Huizinga proudly joined the award-winning, Indigenous folk duo, Twin Flames, as a touring guitar and keyboardist. Outside of creating and performing, Huizinga feels called to positively influence, impact and inspire his musical community through his love of teaching.” 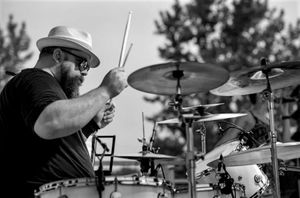 Jason Watts (Drummer), From Ottawa, is a talented musician with an incredible sense of rhythm and harmony. With more than 20 years of experience, Jay is an accomplished drummer and singer. He actually started as a DJ as a teenager and shortly after that turned his attention to percussion. From rock to pop, blues to metal, Jay has played it all. As a member of various bands throughout the years (Hearts&Mines, R-Mistake), in support of multiple full-length albums and EPs, Jay has toured from coast to coast and continues to tour from small dive bars to festival stages. He has played over 1,500 shows and counting! Oh, the stories! Jay has had the pleasure of working with some really cool people over the years, like producers Jordon Zadorozny (Sam Roberts, Blinker the Star, Hole, Melissa Auf Der Maur) and Terry Brown (Rush). He has shared the stage with great musical acts like Blue Rodeo, Mother-Mother, 3 Days Grace, Alan Frew (Glass Tiger), Thornely, Default, Matt Mays and El Torpedo, Ill Scarlet, and Twin Flames, just to name a few. Jay is even a member of the Ottawa chapter of “The Hitmen Drumline”. Jay gets his inspiration from such legendary drummers as Buddy Rich, Dave Grohl, Phil Collins, Carter Beauford and Travis Barker just to name a few. Jay's showmanship, energy and inner metronome make him a great drummer. His love of people, passion for music, and love of life make him a great musician.